This is post number 3 in the 3-part series introducing Sheree Martin Law (the law practice). It is my hope that in this post I will connect-the-dots as I explain my decision to return to law practice.

As I wrote on the Law With Purpose….By Design page, we are all called to certain missions and vocations in our life. Some of these last a short season, sometimes they may extend for a much of a lifetime.

So as I open my law practice and adjusting some of the work I’ve been doing, I’m accepting the mission and ready to take on my next assignment. If you are curious about the story, read on. 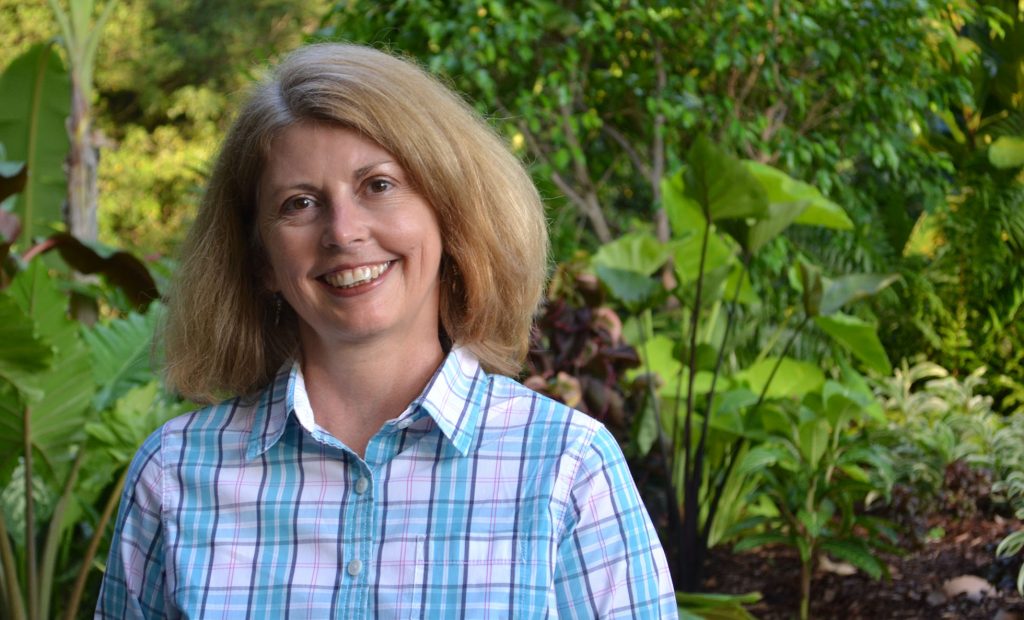 From a very, very early age (almost as early as I can remember, maybe 5-6 years old), I’ve felt a innate leading or pull toward something bigger than the “ordinary” life. It’s not that I saw anything wrong with the characteristics and daily activities that we know as the ordinary or typical.

I just felt I had some kind of calling or purpose that meant I would not have a life that’s typical in the United States in the second half of the 20th century and first half of the 21st. I felt like I was being pulled toward something other than that, something beyond myself.

It’s almost like being on the cusp of a “black hole” but not yet at the point of an event horizon.

—something bigger or something different.

To be quite blunt about it, it’s the “for something” that has been frustrating.

It has, for pretty much all of my life (until very, very recently), seemed like I was in the waiting mode. Always in preparation, never quite at the place where it’s time to “do” whatever this “something” is.

As someone who has pretty much always struggled with patience, it has not been easy to wait, gain experience in disparate areas, and work through the refining necessary to turn raw materials into something that’s needed for a mission.

In early 2012, I knew it was time to undertake a serious review of where I’d been and where I might be going next. I don’t want to belabor the details here, and I’ve written about this time of review and self-reflection on many occasions elsewhere (some links to below at the end of this post).

The results of that lengthy time of reflection and prayer in 2012 ratified or confirmed certain interests, talents and needs that I felt an intense desire to focus on in this second half of my life.

These were all themes I’d been circling back to for my entire life.

In 2012, as I went through this process of discernment, the active practice of law was not something I felt led to return to at that time. I was a college professor and didn’t anticipate changing that, even as I began to explore other teaching and academic opportunities.

In 2013, as I considered exploring other options outside of academia, practicing law was not something I wanted to do as an employee or associate in a firm for someone else. I was very familiar with the upheaval then well underway in the legal profession brought on by the converging forces of the Great Recession, technology advancements, globalization, and innovative business models outside of traditional law firms that were driving change inside of law firms.

I thought about reactivating my law license in 2014, in the midst of the fight to stop tar sands mining in northwest Alabama, but I was still working full time as a college professor and it just wasn’t feasible to undertake the responsibilities that go with legal work while also teaching 4 classes each semester.

In short, using my knowledge and understanding of law was a constant underlying theme, but more in the sense of a foundation for what l was doing.

Doubling Down on Academia

Between 2012 and 2014, I made a concerted effort to combine all the themes I mentioned above into my work as a college professor.

I focused my research agenda and scholarship outside the classroom on environmental communications and topics related to sustainable foods.

I worked with a couple of other faculty to initiate faculty conversations around innovative curriculum options based on interdisciplinary teaching through food. I sought out volunteer opportunities in food systems policy work in Alabama. I informally mentored a few students who had interest in these areas.

Despite all of that, it became clear in early 2014 that my interests and talents weren’t aligned with the future of the department I was in and that if I wanted to continue in academia I was going to have to move away from Birmingham, Alabama.

In August 2014, I decided to give notice of my resignation at Samford, effective at the end of the Spring 2015 semester.

A Shift Toward Entrepreneurship

I didn’t feel a pull to relocate, so I set out to develop a niche consulting practice in social media and inbound marketing for certain types of business.

The business intelligence aspect of the business built on my background as a business lawyer.

The “mediapreneur” side of my work let me spend time on digital media and communication.

Notwithstanding all of that work, however, something still didn’t seem right. It kind of felt like I was driving a car with the engine backfiring every few hundred yards, due to water in the gas tank or something like that.

Pause to Reconsider And Eliminate Some Weeds

In late October 2015, I decided to step back and revisit what I was doing, while also exploring employment options outside of academia.

That led me into another few months of spiritual searching, prayer, reflection and discernment.

I paused, hit reset and let go of any preconceived ideas I thought I had about what would be next.

By February, I was starting to gain some clarity.

First of all, I felt a strong sense of ratification that the work I’m called to do relates to the them I listed above

I felt a sense of confidence that all of those themes are directly connected to the mission that is next on my assignment list.

The second was an out-of-the-blue recognition that it was now time to incorporate law back into the mix. During this time, I wasn’t sitting around brainstorming career options. The idea of returning to active law practice literally never crossed my mind.

I didn’t rush into it.

In fact, I spent a couple of months doing nothing about law, other than acknowledging that I would not rule it out.

Out of the blue, I started getting inquiries from individuals (several) asking if I was still practicing law and could I handle something for them.

I said no each time, but acknowledged that it was something that I’d started to explore and reconsider.

At the end of April, I switched my Alabama Bar membership status back to active from non-practicing, as the first step, but didn’t start to talk about publicly. I didn’t change anything on my social profiles. “Lawyer” had always been listed, but not as the centerpiece of what I did.

After that, I received two more calls about legal work–again, out of the blue.

By mid-May, I felt a clear sense that law practice was something that I was meant to return to and the areas of practice started to align with the themes I identified.

Designed For A Purpose

Over the past few years, I’ve come to understand that here are two things in my life that I’m absolutely certain of:

That I have some greater purpose on this earth than myself.

That I am loved, unconditionally, by God.

The first one is something I’ve known from the beginning, from childhood, even though I’ve never been sure of WHAT that is. It took a bit longer to really grasp the depth, breadth and unconditional nature of God’s love.

The two are intertwined, of course. While this post is mainly about purpose, the other realization has to be part of the story.

As I’ve moved through the past 2 years, I’ve begun to feel that everything is now coalescing into “the something.”

It’s like I’m moving closer to the Event Horizon.

Of course, everything begins with Love. Divine Love. That part, I really got a long time ago, although perhaps I didn’t grasp the meaning like I needed to.

It took MUCH longer to understand that it is only when we are centered in the Divine Love that is God can we ever move beyond the constant struggle with self.

I’ve always been pretty hard on myself. I’m a perfectionist, by nature, and I’ve had to learn to let go of self-criticism and the notion that I haven’t lived up to the potential I’ve always felt.

As someone who has a type-A personality and wants to always be in control of every facet of my life, I’ve had to let go and let things unfold they way they need to unfold, for the purposes of refinement.

I could write an amazing memoir about all of the details of my life and how I’ve come to understand this. Perhaps someday I will.

I had a section to include in this post about the concept of an Event Horizon and using that as a metaphor for what I’m talking about. I think this post is already long enough, so I’ll save the physics analogy for another day.

To Wrap It Up

I hope it’s clear at this point, that the life and professional journey that’s brought me to this place where I’m opening a law practice is not something that I’m doing on a whim.

I don’t know the precise nature of how my return to law practice will unfold, other than it’s the next step on my journey.

As I said at the beginning, I’m accepting the mission and ready to take on my next assignment.

I look forward to seeing you somewhere along the path. 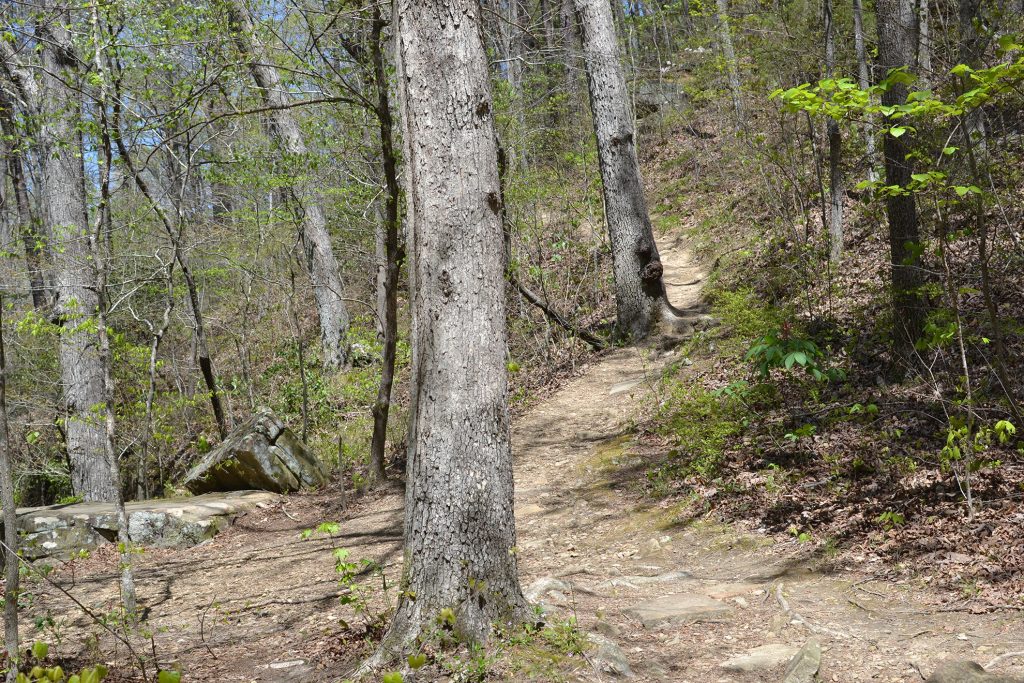